Home / Blog / Running Out of Money Impacts Your Driving

Running Out of Money Impacts Your Driving 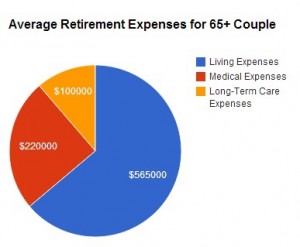 The number of Americans age 65 or older increased tenfold in the last century and the elderly are living longer, in more comfort and in better health than ever before, researchers report.

The study, “Older Americans 2000: Key Indicators of Well-Being,” compiled from various agencies provide a unified picture of the overall health and well-being of older Americans.

Currently, there are approximately 35 million people in the United States age 65 or older, accounting for 13 percent of the total population, in comparison to older Americans being about 3.1 percent in 1900.  With the aging of baby boomers, born between 1946 and 1964, America’s older population will double by 2030, reaching some 70 million.

With life expectancies for seniors expanded, some seniors are outliving their money. Some retirees cannot financially keep up with the continuous cost of health care, living expenses and continual mobility.

According to the Bureau of Labor Statistics, the average cost of living for an American is $20, 194 per year (or $50,485 for the average household).

A study published in the journal Inquiry found the average lifetime costs after 65 for medical expenses is $220,000, $100,000 for long-term care, which averages about three years for retirees, and $565,000 for living expenses for seniors with a lifespan of 79 years.

The cost of losing mobility due to the inability to maintain the cost of having a car (car maintenance, gas and car insurance) to many seniors is like cutting off their arms. “It’s been demonstrated and said many times, that receiving the news that you can no longer drive has the same weight as being diagnosed with cancer” says Sylvain Gagnon, a researcher for the Canadian Driving Research Initiative for Vehicular Safety in the Elderly (CANDRIVE).

To avoid some of the pitfalls associated with retirement, it is advised to create a plan. Consult with an experienced financial consultant or planner to assist with a myriad of personal financial topics. They can help set financial goals and priorities, then recommend specific steps to meet them. Think about what you want your life to look like and how you want to feel. Develop the most realistic goals and strategies for your situation and start saving, keep saving and stick to it.

Being a Safer Road User